William F Halsey Jr. (1886-1966) had a long and illustrious career in the United States Life Saving Service and the United States Coast Guard. Joining as a Surfman in 1901, he became the Keeper of the Quogue Station in 1919, and after 29 years in Quogue, finally retired from active duty as the Keeper of the Fire Island Coast Guard station in 1931. After his 30 years in the Service, Halsey lived a long and prosperous life and was a fixture in the Quogue Community. Besides being involved in numerous ocean rescues both as a Surfman and as a Life Guard, Halsey will best be remembered for his heroism during the Wreck of the Augustus Hunt on January 23, 1904, in which he was awarded the highest honor of the Life Saving Service, the Gold Life Saving Medal. 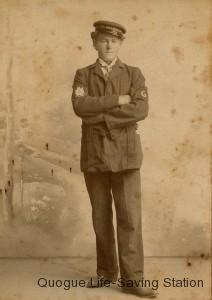 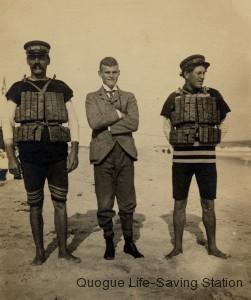 1910 Halsey on an Indian Motorcycle 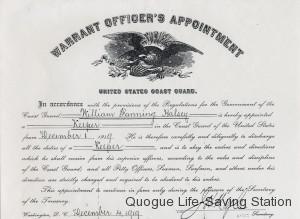 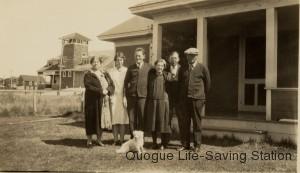 1937 Halsey and Family at Home by Quogue Station 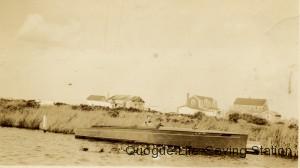 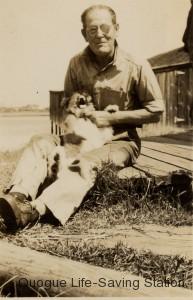 In awarding the Gold Medal to Surfman Halsey, the USLSS wrote in its Annual Report that:

“Capt Bill” as he was affectionately known around Quogue in retirement, continued to win swim medals well into his later years. On Dune Road, he operated a small boatyard on the Quogue Canal. Always on the water, he was also a well known Duck Hunting guide on the many estuaries on the East End of Long Island. He is buried in the Quogue Cemetery. He never wanted to be far from the sea.